How to add intents?

Initially create intent by +CREATE INTENT option from the right of the dashboard.

While creating intent, you need to fill the below information 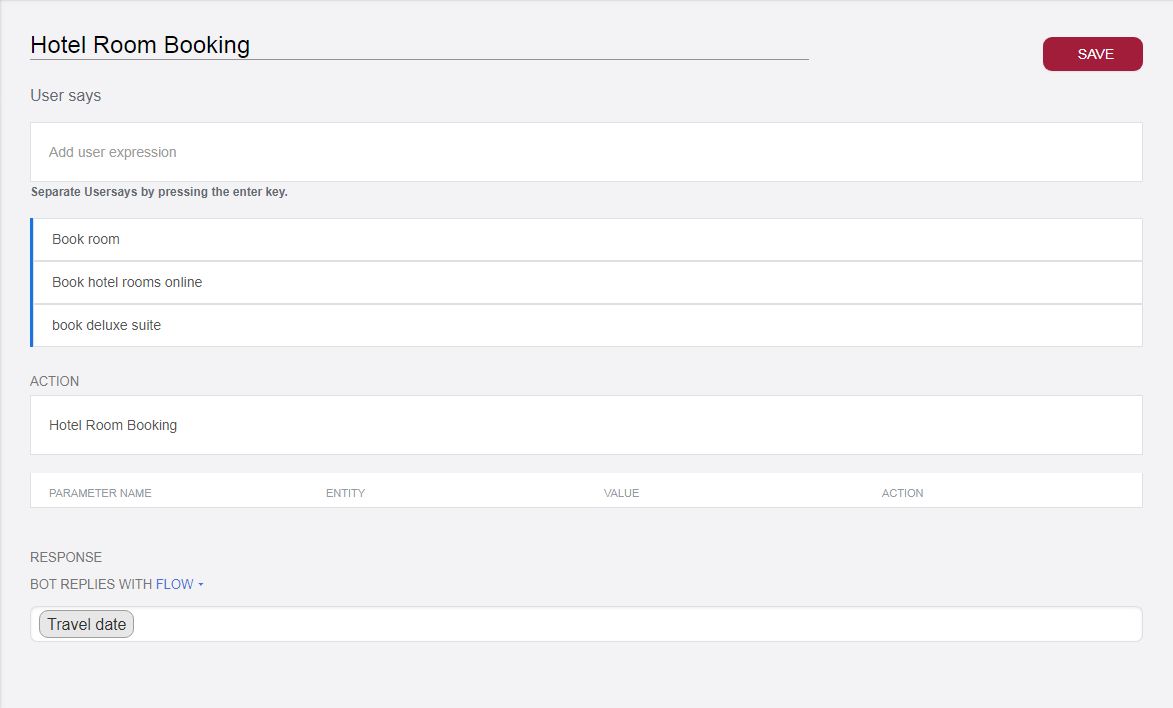 Add the possible variants of the user queries to the bot separating it by pressing enter.

You can set bot response in the form of text, flow or conversation.

In the above example of hotel chatbot, an intent named Hotel Room booking is created in which user expressions (queries) are added and the response is set with the flow of “Travel Date”

Context helps to control flow by defining specific intent. Generally, what the user types matches or is close to the trained intent the set action is triggered by the chatbot. With context, the intent will only trigger when the context is active.

You have trained two intents with phrase “Online Booking”. One shows online booking for travel ticket and another for hotel room booking. Now for the bot to trigger an accurate response, one more intent would trigger asking for “book travel ticket” or “book hotel room” output context. Each “Online booking” intent has a corresponding input context to ensure the intent matches the user’s request.

When you apply output context it activates the context if not active or renews if it is already activated. Whenever you add output context it is important to set the intent lifespan. The output intend expires after its corresponding intent matches.

Continuing our above example of “book travel ticket”

User says: Yes.   - Context is set and activated with lifespan 2

Bot says: Do you want to book travel ticket?   – Reduces to one

Bot says: Sure, here is the process. – Reduce to one and becomes zero

Whenever the lifespan turns Zero the intent gets removed.

How to add output context?

Input increases the likelihood of the intent being matched after the context is active.

If contexts A, B, and C are active. An intent with A, B, and D is the input, the context will match for A and B, and will not match for D because the context of D is not active.

How to add input context?