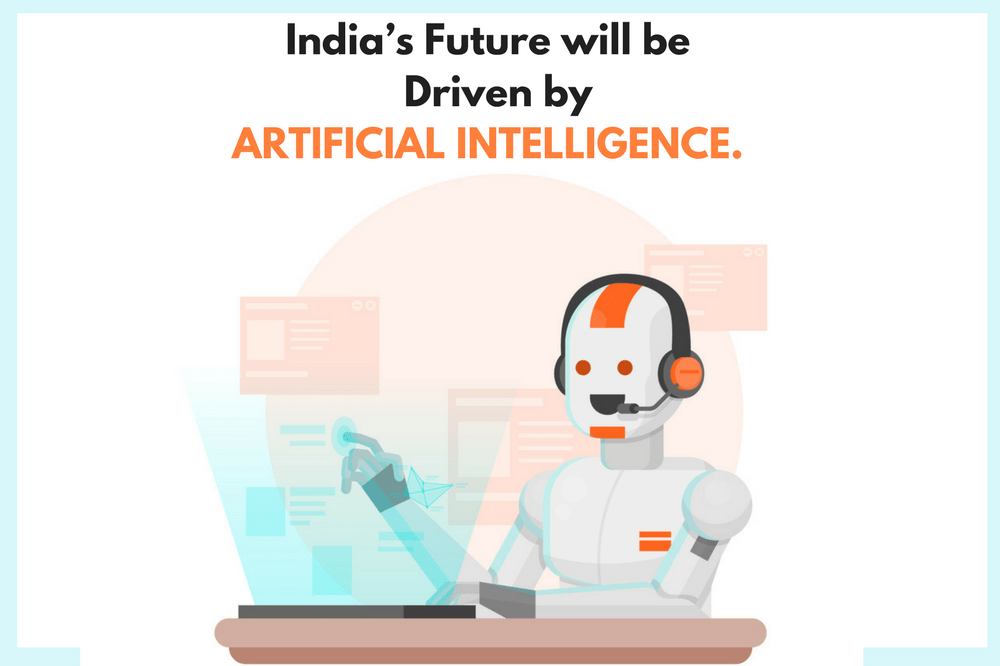 
How one step by the government changed the whole perspective of Artificial intelligence?

Technologies have a significant characteristic in them – Always changing. The whole world likes to sustain on certain kind of policies and transformations, but when it comes to technologies, we all want to walk hand in hand. These technologies are not restricted to specific sectors like healthcare, lifestyle, banking and so on, but they have the power to serve the people of the country if the government applies it in a precise way.

The ladder of technology that the government wants to climb is quite evident in this year's budget. With the allocation of $480 Million (INR 3,073 Cr) in 2018-19 to the ‘Digital India' programme. That's almost double of the last year's amount!! While allocating the amount to the digital sector, Arun Jaitley said, "Digital technologies have played a key role in providing benefits to the poor. Demonetisation has encouraged digital infrastructure and recapitalized the banks. The global economy is transforming into a digital economy thanks to the development of cutting age technologies like ML, IoT, AI and 3D printing."

Keeping the amount in mind, he acknowledged the growing giants like Machine language (ML), Internet of things (IoT), Artificial Intelligence (AI) and 3D printing. The amount will be extensively invested in research, training and skill development in robotics, AI, digital manufacturing, big Data intelligence and quantum communications. A profound step towards the digital sector.

This news came like a wave of joy for the digital players. As these new technologies are booming in the international market and adoption of the Artificial intelligence, Robotics and Blockchain are a boon to the country. An added bonus that finance minister stated that the government-run think tank NITI Aayog will launch a national programme, with an aim to facilitate research in the artificial intelligence area. "This year's budget not only takes significant steps towards the Digital India vision but also towards inculcating the latest technologies like Artificial Intelligence for the national development" said Atul Rai, co-founder, and CEO of Staqu appreciating the major positive step.

Digital India gave birth to smart cities. These smart cities are embracing the power of Floatbot( AI chatbot platform). With Floatbot the government organization is flourishing too. With highly-designed Floatbot efficiency is getting in and error are getting out. Through Floatbot we are contributing to making smart cities in India. All we can say is, it is a thumbs up to the government for going deeper in the huge wide world of technology and the changes they bring will be manifested to all.