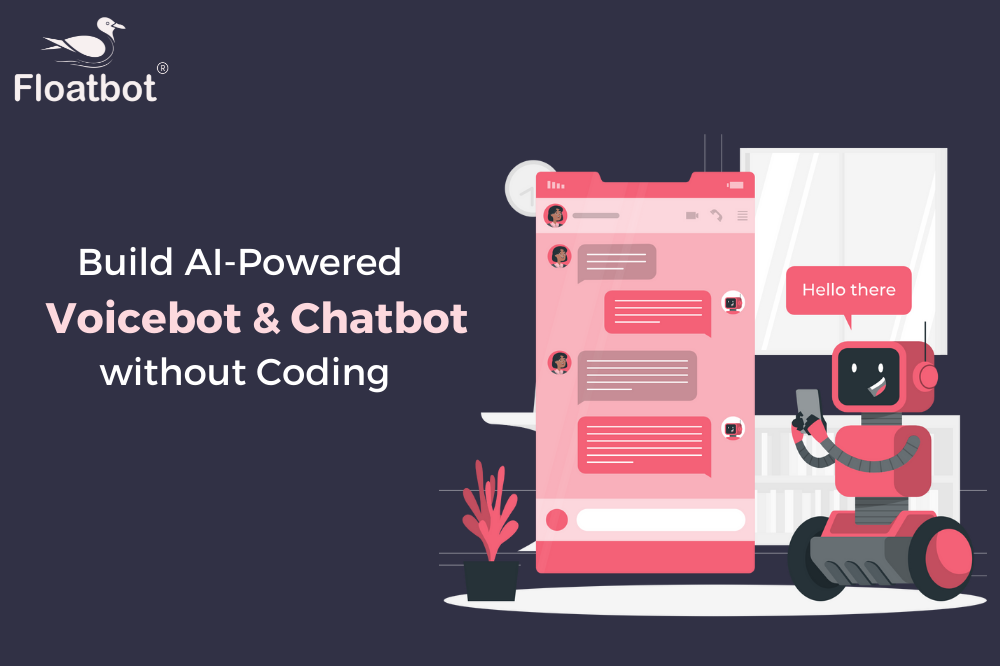 
How to Build a Conversational Bot

Automation is the new trend that is proliferating in all industries. Which is best achieved with the help of chatbot technology. Day by day new businesses are trying to implement a bot for their tasks that are mostly time consuming or requires a manpower to get accomplished.

Most people think that building a bot requires technical knowledge, which is not true. Many chatbot development platforms provide an easy user interface with minimal coding to develop bots.
In chatbots the most important element is AI i.e artificial intelligence. AI is the core element which enable bot to understand user queries and respond accurately.

Chatbots with AI capabilities understand user queries easily with the help of AI fed into them. This help bots to evaluate user queries and respond them appropriately.

But this AI bots has limitation of understanding only the concepts and queries fed into them. But one cannot control variation in user queries that users may ask to the bot. Over time these queries might increase which can make bot unstable in responding.

Therefore it becomes necessary for the bot to understand and learn from the natural language of users from the conversations it initiates everytime. 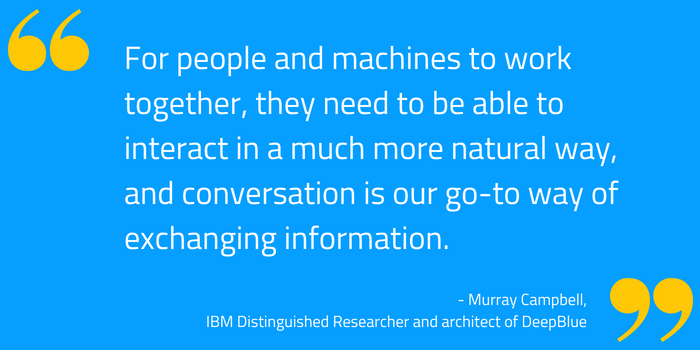 What is Conversational AI?

Once if a machine is in conversation with a user then it monitors each and every query inserted by the user and compares it with previous conversations. If it has faced similar kind of conversations previously then it responds accordingly. And if it is facing the new query then it trains itself to respond on the next occurrence for that type of query.

This is how machine learns from the conversations everytime it participates in conversation with users.

When a user starts a conversation with the machine. It initiates in a very natural human language (it is because humans tend to have a chat in a natural tone that is very different from the robotic or say machine language.).

Interface in which chatbots have conversations with humans in a fully conversational manner. Humans almost feel like they are talking to other humans and not machine. Conversational interface can be achieved with the help of AI. AI helps machine to understand and respond to the user queries in a very precise way.

Chatbots having conversational capabilities can be defined as conversational chatbots. These bots are capable of understanding natural language and reply in a same manner. Almost all non tech people wander if they require developer’s knowledge to implement a fully functional conversation bot.
Now there is a good news to these non techies as floatbot has made it very easy to build a conversation bot. Any non tech person can create a bot and make it conversational by adding Advance AI to it. Floatbot’s DIY user interface makes chatbot development very effortless job.

How to build your own conversational bot

If you have not created a floatbot account yet, then sign-up now to create one. By default you will get an empty bot in the account. Create the flows as per your requirement and then add the AI to your bot. AI is nothing but training the bot for user queries and appropriate bot response to those queries.
After adding AI, you can train your bot for the type of conversations a user can have with bot. Or you can also analyse the history of the bot and train for most common conversations it had with users. This enables bot to take appropriate actions on the occurrence of certain queries.
This creates a fully conversational interface for your bot.

It is simple to create a conversational interface bot. If you would like to get a similar bot then understand how it works and implement in a very easy way with floatbot.