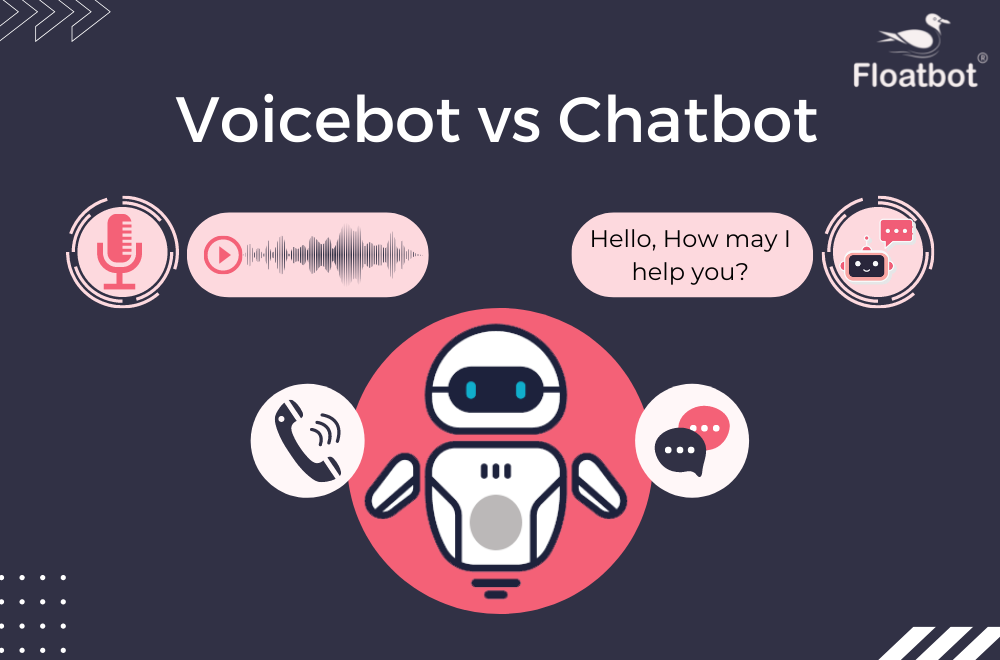 
Voicebot vs Chatbot: Which One Is Better for You?

Voicebots and Chatbots have their upsides and downsides, but both are known for delivering exceptional customer experiences. They respond immediately to customers and are accessible 24x7 - arguably the top two characteristics that superior customer support should have.

What is a Voicebot?

Voicebot is a conversational interface that enables users to interact with computers using speech. It uses a set of technologies, such as automatic speech recognition (ASR), Text-to-Speech (TTS), neural networks, and natural language processing (NLP).

One of the best advantages of a Voicebot is that it communicates through voice - the most natural mode of communication. Also, Voice communication is around three times faster than texting.

Interacting to a Voicebot is similar to talking over a phone. The seamless, natural interaction can help you stand out from the competition.

Voicebots have grown mature now, and they can be fun to interact with. You can train and teach them to be humorous and funny.

Integrating your Voicebot to voice assistants is a way of integrating customers on the channel they prefer. It leads to better engagement and more customer satisfaction.

You can integrate your Voicebot to voice assistants, such as Alexa and google home, which is prolificating day-to-day.

According to Voicebot.ai, 75% of families in the USA will own at least one smart speaker.

For sophisticated applications, you need a lot of training for Voicebot. Still, it might not understand complex conversations and need human intervention.

Also, a Voicebot needs a clean dataset for training - it can be hard for different languages, accents, and dialects.

What is a Chatbot?

Chatbot simulates a chat-based conversation and enables the user to text in natural language. Conversational AI, the technology underlying the Chatbot, ensures that the conversation is human-like.

You can easily integrate Chatbots with websites, mobile apps, and messaging applications, such as Messenger and WhatsApp. Chatbot helps you automate your interactions with customers, enabling quality self-service.

Benefits of a Chatbot

When it comes to handling complex chat flows, Chatbots prove their worth. They can display multiple options in Chat and simplify non-linear use cases. In the case of Voicebot, if you provide many options, it becomes tedious to remember them.

Training a chatbot is much easier in comparison to a Viocebot. The main reason is the availability of high volumes of text-based data, which is not the case for voice datasets.

Also, it is far easier to understand the context and intent of the conversation in the text - no need to worry about the tone, modulation, and other aspects of a spoken sentence.

One more good thing about Chatbot is that you can send audio-visual media, such as images, videos, and GIFs, along with the text. This enhances the experience, leading to better engagement.

There is no unambiguous answer to the question - which is better, voicebot vs chatbot? Both have their advantages and limitations. Which one is better for you depends on what challenge you are trying to solve.

The best way to conclude is to understand which solution, voicebot vs chatbot, provides more value to your customers.

The Rise of Conversational AI Voicebot Across Indu...

Cognitive QnA: Performing Cognitive Search on an U...

Conversational AI Voicebots vs. IVRs: Which is Bet...